Ronda Rousey has been crowned winner of the Cross Sports Book of the Year award.

My Fight, Your Fight, published by Arrow, charts the career of the UFC star and her struggles as she rose to the top, becoming the most dominant female fighter of a generation. 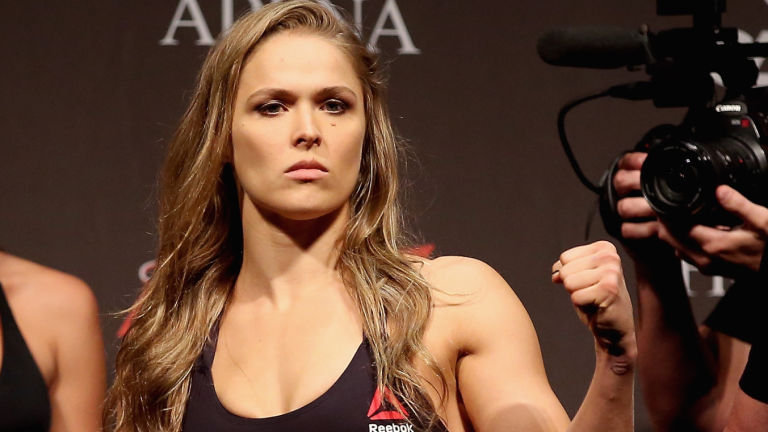 We wanted to write a book that would transcend nationalities, sports and other boundaries.

Selected by public vote, Californian-born Rousey charted almost 75 per cent of the vote, followed by New Writer of the Year winner Two Hours by Ed Caesar and Football Book of the Year winner Guillem Balague and his biography Ronaldo.

Rousey, who was the first female fighter to sign up to UFC in 2012, said: “I’m so grateful for the continuing support of my fans. In My Fight, Your Fight, we wanted to write a book that would transcend nationalities, sports and other boundaries.

This award is recognition from the readers that we have been able to do that. The love and support you have shown means the world to me.

Cross International Autobiography of the Year – Ronda Rousey My Fight, Your Fight (Arrow)